ARTICLE I ‑ NAME  The name of the corporation shall be BONANZA FIVE, INC.

Meetings of the Corporation shall be held at or within fifteen (15) miles of Atlanta, Georgia at such specific place as may be determined by the President and each stockholder shall be notified by telephone or five (5) days in advance by email.

ARTICLE II ‑ OBJECT
Section 1 ‑ Purpose
The Corporation was not authorized and incorporated for the purpose of pecuniary gain to itself or its stockholders, and shall not exercise any of its powers for that purpose.

Section 2 ‑ Objective
The objective of the Corporation shall be:

1.Proposed stockholders must be certificated pilots with instrument rating, shall meet all pilot insurance requirements, and shall have minimum logged time of at least two hundred (200) hours before being eligible for consideration as stockholder.
2. New stockholders shall be elected and approved by two‑thirds (2/3) of the stockholders of the Corporation before being accepted as such.
3. The number of stockholders as of the date of adoption of these By‑laws is ten and that number may be changed only by amendment of this Membership Section. See Section 6.

The presence in person or by proxy of two‑thirds (2/3) of the entire membership in good standing and qualified to vote shall constitute a quorum for the transaction of all business, and the majority rule shall prevail and govern at all times, except as herein provided.

1. A schedule calendar will be maintained online with each member having a login and password to the calendar program.

Only aviation grade gasoline and oil shall be allowed or used in the Corporation’s plane, except in emergency cases when away from the home port. The sales ticket for gasoline and oil when away from home port shall be signed by the stockholder, and filed with the Treasurer for credit against hourly flight charges. Any other expenses for the operation or maintenance of the ship shall be authorized in advance by an officer of the Corporation.

Section 3 ‑ Limited Use of the Plane

During the months of June, July and August no stockholder may schedule more than two weeks ahead for more than nine (9) consecutive days without the concurrence of all other stockholders.

Each stockholder shall personally inspect the plane for gas, oil and condition thereof before each flight, and upon acceptance of the plane, agrees that said plane is adequately gassed and in good condition for the intended flight.

Section 5 ‑ Restricted Use of Plane

Section 6 ‑ Use of Intoxicants

No stockholder shall receive instructions or act as pilot‑in‑command in the Corporation’s airplane while under the influence of, or using intoxicating liquor, beer, wine, cocaine or other habit forming drugs during such desired flight. Any stockholder violating the provisions of this Section shall be subject to dismissal from the Corporation and agrees to forfeit his Stock Certificate and all interest in the Corporation as stockholder thereof, in consideration of the sum of Five ($5.00) Dollars.

All rules and regulations of the Federal Aviation Administration shall be a part of the rules, regulations and By‑laws of the Corporation.

In case of damage to the Corporation’s plane while in the possession of any stockholder and where the damage is determined to be the fault of a particular stockholder by a vote of the other stockholders, then that stockholder shall be held personally responsible for the cost of repairs up to the deductible insurance amount. In the event that insurance is void for any reason or flown outside coverage limits, etc., the stockholder will be responsible for all costs of repair or replacement. All stockholders certify and state that they have reviewed the Corporation’s aircraft insurance policy, understand it’s terms, and will act in accordance with such terms.

Subject to these By‑laws or any lawful agreement between the shareholders, the full and entire management of the affairs and business of the corporation shall be vested in the Board of Directors, which shall have and may exercise all of the powers that may be exercised or performed by the corporation.

Section 2 ‑ Board of Directors

The directors shall meet annually following the annual meeting of shareholders. Special meetings of the directors may be called at any time by the president or by any director on two day’s written notice. Notice of any such meeting may be waived by instrument in writing. Attendance in person at such meeting shall constitute a waiver of notice of such meeting. The signature of any director approving the minutes of the meeting of the Board of Directors, executed thereon, shall be effective to the same extent as if such director had been present at such meeting. Any meeting of the Board of Directors may be held within or without the State of Georgia at such place as may be determined by the person or persons calling the meeting.

At all meetings of the Board of Directors the president, or in his absence, a chairman chosen by the directors, shall preside.

At all meetings of the Board of Directors each director present shall have one vote, irrespective of the number of shares of stock, if any, which he may hold.

Any director may resign at any time by giving written notice to the Board, president or secretary. Unless otherwise specified, such resignation shall take effect immediately and acceptance thereof shall not be necessary to make it effective.

Any director may be removed with or without cause at any time by the affirmative vote of shareholders holding of record in the aggregate at least the majority of the outstanding shares of stock of the corporation, given at a special meeting of the shareholders called for such purpose.

Section 10 ‑ Disclosure of Other Interests

No contract or other transaction between this corporation and any other corporation shall be impaired, affected or invalidated, nor shall any director be liable in any way by reason of the fact that any one or more of the directors of this corporation is interested in or a director or officer of such other corporation, provided that such facts are disclosed or made known to the Board of Directors.

The officers of the Corporation shall consist of:
President
Vice President/Secretary
Treasurer
Engineering Officer

All officers of the Corporation shall be elected annually at a meeting of the directors which shall be held on the first Monday in October, and shall hold office for a term of one year, or until their successors are duly elected.

The duties and authority of the officers of the corporation shall be:

The Corporation may adopt a seal when, and at such time it become necessary and expedient to do so.

These By‑laws may be altered, amended, repealed or added to, by an affirmative vote of a majority of the stockholders at any meeting. 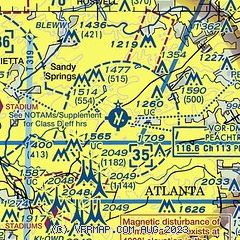